Musings on the Enneagram (From a 1w9)

We’ve all heard of various personality types and tests. I’ve probably taken one for as many years as I am old. Among the most popular, especially in the business world, are the DISC assessment, the Myers-Briggs Type Indicator (MBTI), and what I would contend ranks as the best personality profile: the Enneagram (pronounced EH-nee-uh-gram).

The Enneagram is the best way to understand people and how they tick, which allows for teams to have greater empathy with each other.

Based on previous personality types, I rank high in the “thinking” department when compared against “feeling,” a scale that measures how much one weighs emotions against rationality when considering options. Typically leaning toward logic and objective information, I tend to make decisions based on data — “head over heart.” This can often be misconstrued as cold or heartless. (Anybody else relate to the #RBF? If you know, you know!)

Coming to a place of realization and self-acceptance around this trait had a tremendous impact on my role, especially after I began taking on more human resources responsibilities a few years ago. Once I was in charge of hiring and managing folks on our team, I knew I needed to find a deeper way of understanding people.

Enter the Enneagram. When I first heard about it, I was actually pretty resistant about another personality profile, mainly because I’d never yet encountered a straightforward way to integrate and consolidate all my previous personality types. The more I dove in, the more I realized this was the test to rule the rest.

So, what is the Enneagram?

The Enneagram  — from the Greek ennea, meaning 9, and the English suffix -gram, indicating a diagram — has 9 primary types, denoted simply by the numbers 1-9. Every type also has a subtype, known as a wing, which is either of the two adjacent numbers, and indicates certain characteristics from that neighboring type (for instance, my primary type is a One, with a Nine wing, while other Ones might have a Two wing).

Traditionally, upon completing an assessment, there is a clear front runner for what type defines you. Of course, there are outlier situations where the lines are more blurry, when you may need to compare your highest scores and gauge which type you feel actually describes you most accurately; other time, you might be convinced you are a particular type, when in reality you are not (referred to as “mistyping”). And during points of great stress or great health, we tend to lean toward another type, which can cause another form of mistyping.

The Nine Enneagram Types are also sometimes referred to with these monikers, the traits of which I’ll summarize further down:

Before we get into the details, an encouragement: don’t be alarmed by the complexity! The Enneagram is actually easier to understand than you might think, while also containing a wealth of insight that can become quite complicated the deeper your knowledge goes.

Now let’s dive more into each type, shall we?

Type One: The Reformer

As mentioned earlier, this is my type! Ones are always striving to do what’s right and good. They believe that there are rules in place for a reason and should be followed. In times of stress, Ones lean toward a Four type and can become irrational. When in a healthy state, they lean toward a Seven and become more impulsive. Well-known Ones include Nelson Mandela, Celine Dion, and Mary Poppins.

Twos value feeling appreciated and love to jump in when they’re needed. Very warm and people-pleasing, Twos lean toward aggression at a type Eight in times of stress and more self-awareness in a healthy Four in times of growth. Twos tend to draw people in with their large sense of compassion. Some names you may recognize who are a Two: Eleanor Roosevelt, Stevie Wonder, and Martin Sheen.

Motivators (also lovingly referred to as Achievers) bring the energy! Threes fear being seen as worthless and not valuable. Typically viewed as role models, Threes are motivating and like to impress others, often working themselves to exhaustion. Popular names of Type Threes include Arnold Schwarzenegger, Taylor Swift, and Justin Bieber.

Fours are known as the most artistic of the nine types. They have low self-image and are intensely motivated by a desire to be unique and express themselves. Also known as the Individualist, healthy Fours can lead groundbreaking shifts in areas such as fashion and art, as their past experiences help shape their endeavors. Fours can feel a lack of confidence based on feeling flawed; however, they amplify their differences by diving deep into their unique qualities. Famous fours include Edgar Allen Poe, Nicolas Cage, and Billie Eilish.

Investigators, the Five types, are curious-natured and do best in careers where they can exercise their competence (think of a police officer, market research analyst, or judge). Fives are energized when their skills are recognized and when those they manage don’t need a lot of micromanagement or oversight. Fives fear being helpless or incapable, but in times of growth lean toward an Eight by taking charge of situations. Thinkers you’ve heard of before include Vincent van Gogh, Bill Gates, and Mark Zuckerberg.

Loyalists are fear predictors, often considering the worst outcome in particular situations and how to avoid it. Type Sixes like a plan and are deeply committed to those around them, so they do very well in committed relationships with others. Tom Hanks, J.R.R Tolkien, and Bear Grylls are some well-known Sixes.

Sevens are your future-casters — those who enjoy finding exciting new adventures. Sevens are also known as enthusiasts, and have a knack for fun, spontaneity, and optimism. This type fears a lack of excitement, and thrives around engagement and stimulation with others. Although they have a hard time committing, these enthusiasts do a great job of meeting new people and experiencing the world around them. They thrive in a career where they can test new ideas and their role has freedom on the daily. Famous Sevens include John F. Kennedy, Britney Spears, and Disney’s Moana.

Eights are the rarest of the bunch and also known as the Protector or the Challenger. Eights prefer to be in situations where they are in control and like to assert dominance. Eights are very good at making difficult decisions and tend to “own the room,” sometimes being viewed as intimidating. In work situations, Eights want to make sure issues are addressed head on. You’ve likely heard of the following type Eights: Martin Luther King, Jr., Winston Churchill, and Pablo Picasso.

Nines are actually the most mistyped, as they are so self-effacing that they associate themselves with others. Unlike the previous Eights, Nines prefer to avoid conflict, and find it challenging to face their feelings. Nines love to feel heard, and would typically thrive as a librarian, veterinarian, or human resources manager. Walt Disney, Morgan Freeman, and Marie Kondo are some celebrity Nines.

Did you find yourself starting to associate yourself or your teammates with one of the above types? I’d encourage anyone who encounters humans in their workplace to spend some time digging further. Significant research has been conducted around how different types engage best in conflict, intimate relationships, or other settings.

‍
You can access various Enneagram type tests online, paid or unpaid, depending on how serious you want to get. Determine your type, determine the types of others, conduct some more research on your own — there’s much more to learn, and the interpersonal implications are enormous.

At Only Co., our core purpose is unlocking human potential — something that requires a deep understanding of ourselves and the humans we’re working with, whether teammates or clients. 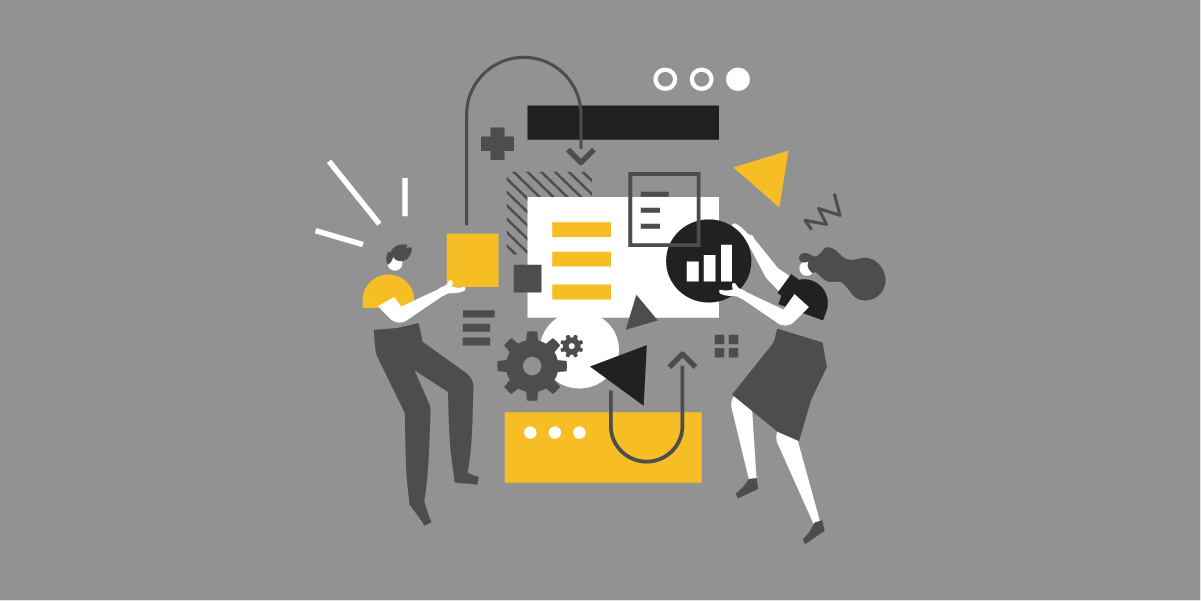 As you consider optimizing your workspaces, one easy comparative model that can help sort out your options is the Organization-Chaos Spectrum. 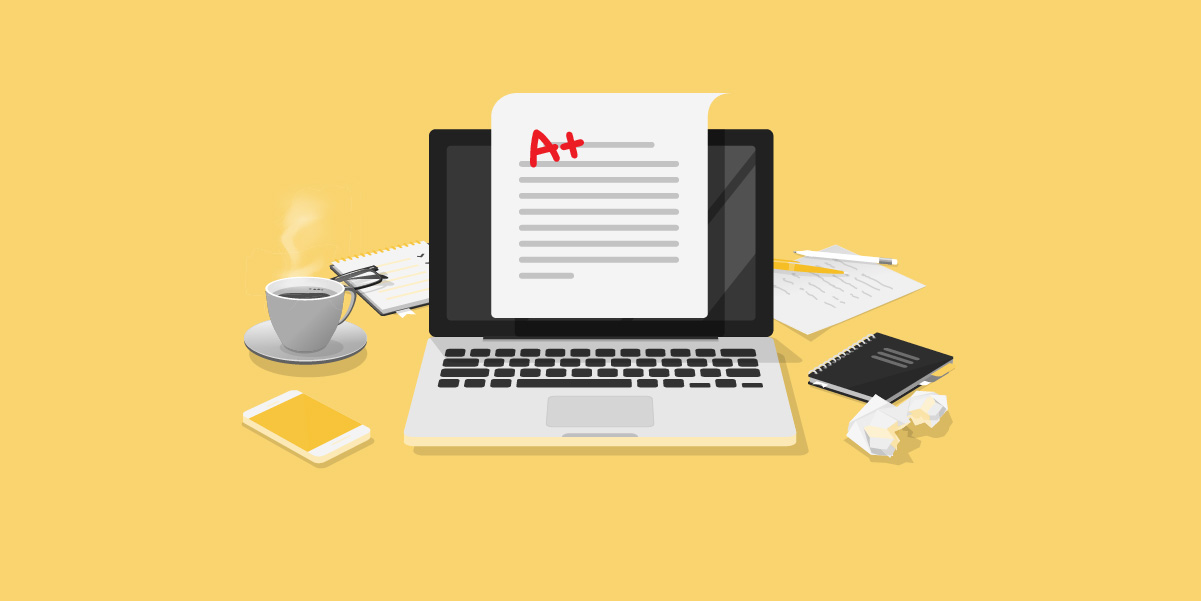 Five Elementary Education Tricks to Boost Creativity in your Copy