A conversation with Dave Ackerman, CEO of Tobacco Motorwear Company 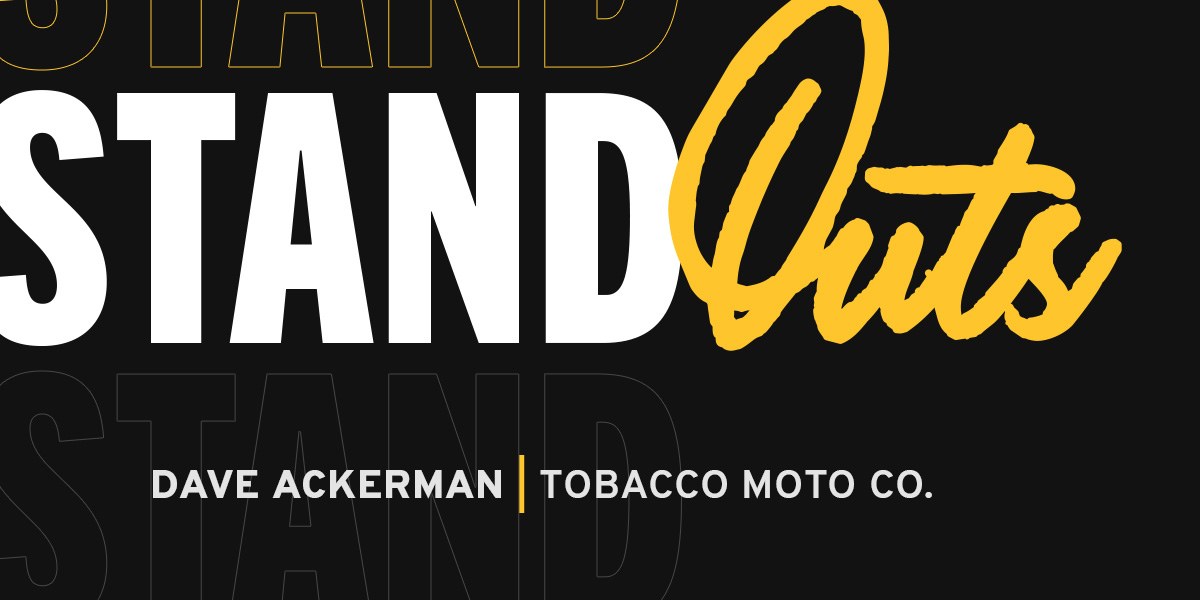 Here at Only Co., our focus has always been around helping businesses small and large standout and has since grown into a passion of seeking already established companies whose intent is anything but fitting into society's status quo.

Insert STANDOUTS, an Only Co. production. A healthy mix between a podcast and video interviews with people who have successfully built their businesses by being unique and using unconventional strategies to do so despite the unknowns and treacherous ups and downs that are unavoidable in the business world.

Throughout these livestreamed chats, our CEO, Josh Law, sits down with hand-selected guests discussing differentiation, positioning, competitive advantage, and strategy surrounding their business in the hopes of highlighting and sharing valuable business insights that will encourage and inspire all who are listening in.

For our first interview, we were lucky enough to sit down with a good friend and businessman, Dave Ackerman, Founder of Tobacco Motorwear Company. If you haven’t heard of Tobacco Motorwear, it is likely because you aren’t deeply invested in the motorcycle realm. And if you are, there is a slim chance you haven’t heard of or seen Tobacco in the wild.

Throughout our chat, Dave discusses how his experiences growing up and feeling as though he never fit in due to the inability to afford high-end or stylish clothing sparked a fire within him to find his own unique style — which ultimately transpired into starting a business that provides protective motorwear for riders that doesn’t sacrifice style for safety.

The rejection Dave faced growing up from the masses made him want to cultivate something of his own that broke away from the typical moto culture we see in the media. He knew protective riding gear was already something that existed, the bigger question was how could he take something that was already being done and make it his own. Through strategic brand positioning, differentiation, and taking the problems he faced as a young boy, Dave has been able to grow his business by offering a plethora of different protective riding gear including jeans, jackets, and boots that resemble styles we see from brands such as Filson and Carhartt – garments that embody more of a workwear, western feel than your typical motorcycle leathers.

Since beginning his business, Dave has found other ways to grow including leveraging inclusivity by providing gear for both men and women riders while also maintaining that anti-establishment mindset when it comes to marketing and content for the brand. Another gap in the moto world Dave has capitalized on is the lack thereof of safety apparel marketing. Something that we rarely see being done. His goal has been to have Tobacco Motorwear Co. own this space, and they certainly have been successful in doing so.

Dave and Tobacco’s story is just one of many examples of a small startup taking an already existing concept and reinventing it. Their attention to meticulous apparel design, differentiation, and marketing strategies has enabled them to create their own space within the culture and community of motorcyclists. A prime example of standing out amongst the noise and contributing back into it by providing a valuable and differentiated product that appeals too many.

You can learn more about Tobacco Motorwear Co. by visiting their website at tobaccomotorwear.com and following them on social media @tobaccomotorwearco on IG and Facebook.

If you have read this and had either of these two thoughts:

PLEASE REACH OUT. We look forward to connecting with you.

give me the gist
What’s your Only? Find Yours.
see our processSubscribe for insights 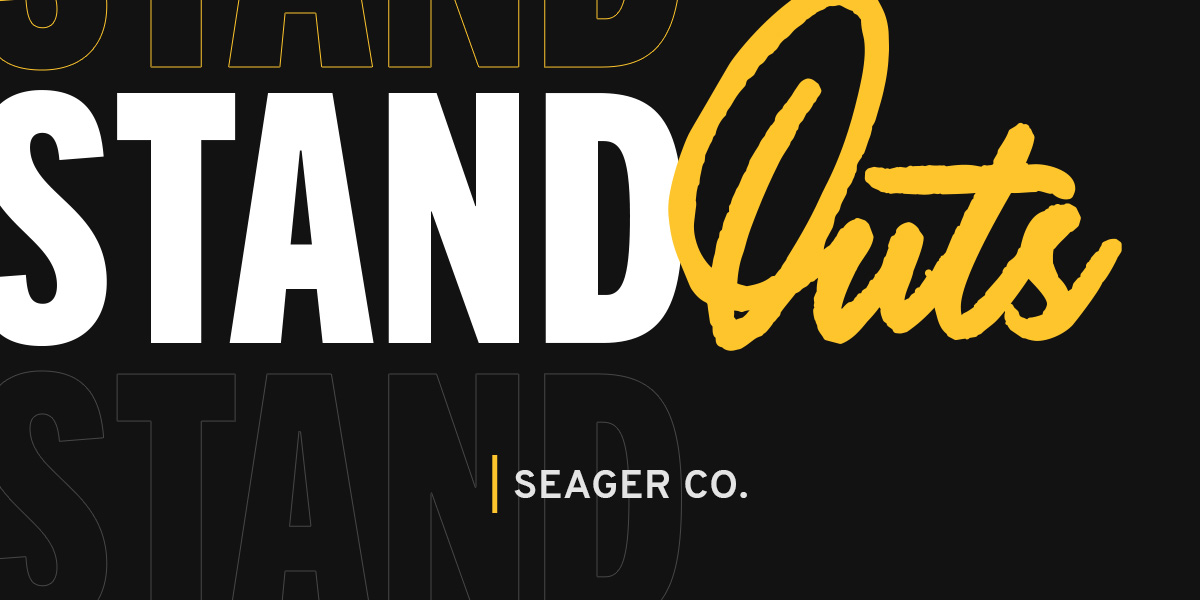 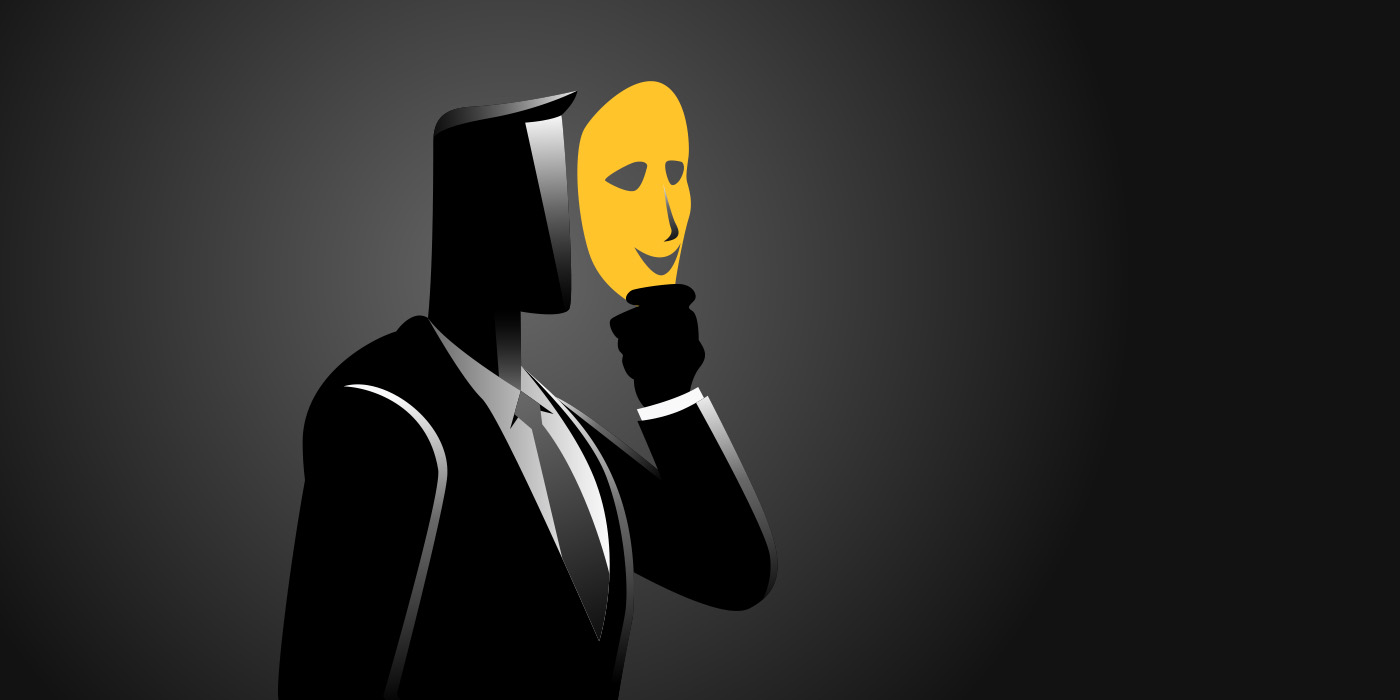 Scared To Stand Out

In a society that promotes homogeneity, it can be tough to embrace your uniqueness. But you can create a life that is authentic and fulfilling.